When I was about 17 years old, my beloved grandmother had been admitted to hospital and in the late evening as the family members leaving the hospital; they asked my cousin and I to be the patient guard. After midnight, she fell asleep. So, I went out and sat on a chair under a tree and my cousin brought me her noble. As I started reading the noble; a doctor came out of his office and sat beside me. After exchanging a few words, he said:” if, you ever study higher education; study biochemistry”. I took his advice at heart and my interest in the field grew further. However, I still do not know exactly why my interest in chemistry eventually drowned somewhere, perhaps not my true calling. One day afternoon, I was in my room on campus and I felt a little bored. So, I went to the library to watch world news when I arrived there, there were a lot of people in the newsroom, so I turned around and picked a journal to read. In the journal, it says «mental illnesses are three times more painful than physical illnesses and they are daily occurrences.” It was magical moment to feed curiosity to the fullest. How on earth the healthcare system failed to address that the major health is a psychological one and why on earth the world health organization failed to prioritize it. From then on, I closely looked to the daily occurrences, and then I understood that the people do not fall sick daily physiologically. On the other hand, people fall sick daily psychologically whether at home, school, and work etc. Ever since I devoted much of my time to study Psychology and it became obvious to me that psychology is a much bigger field than currently taught. It all begins with its root which is know-thyself. Once, one understands that there is no complete health without alignment of Physiological, Psychological and Spiritual health. She or he will never be the same state of health again. 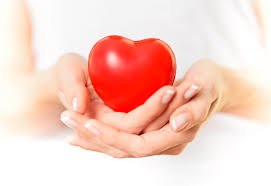